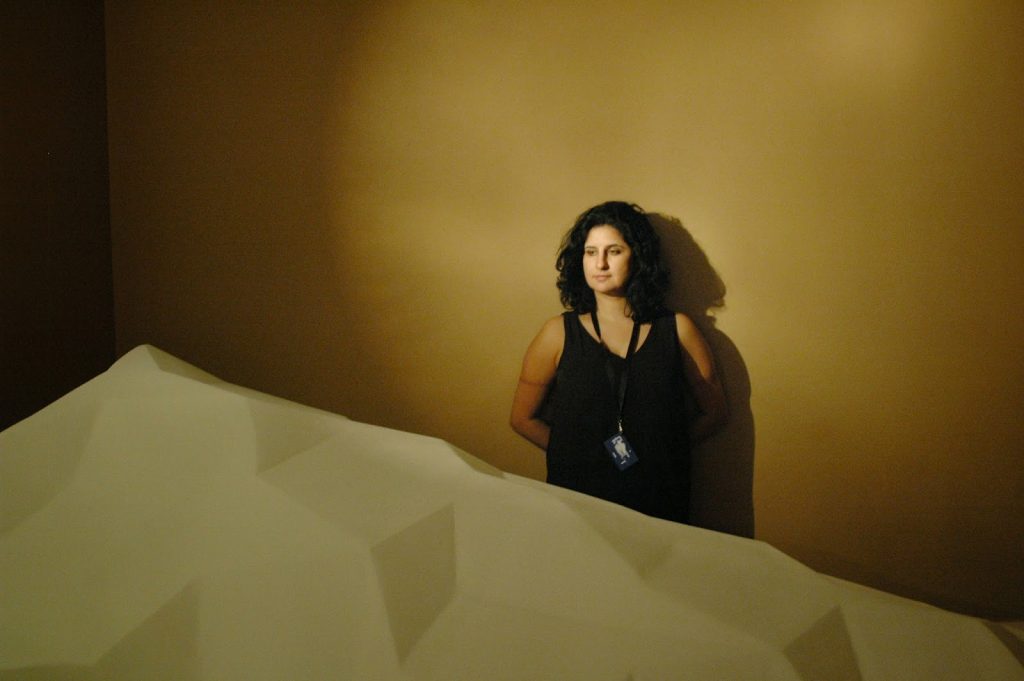 Variations
While Art Dubai 2015 has come to a close, our installation and performance created for Art Dubai Commissions
has gained momentum. On finding that Beatrice de Cardi, the archeologist to whom we
dedicated the text of our intervention and performance piece, Variations for a Space and its History, is still alive and aged 101 years old,
we begun the process of tracking her down.

What drove her to dig where no one else was digging? She once said that an illiterate Pakistani official, Sad al’Din, was her main tutor and guide for digs. De Cardi began her work in Pakistan, then Iran and later entered UAE from Iran. Sad al’Din himself was untrained, yet she states that he taught her “more than any academic course or books that I’d read.” 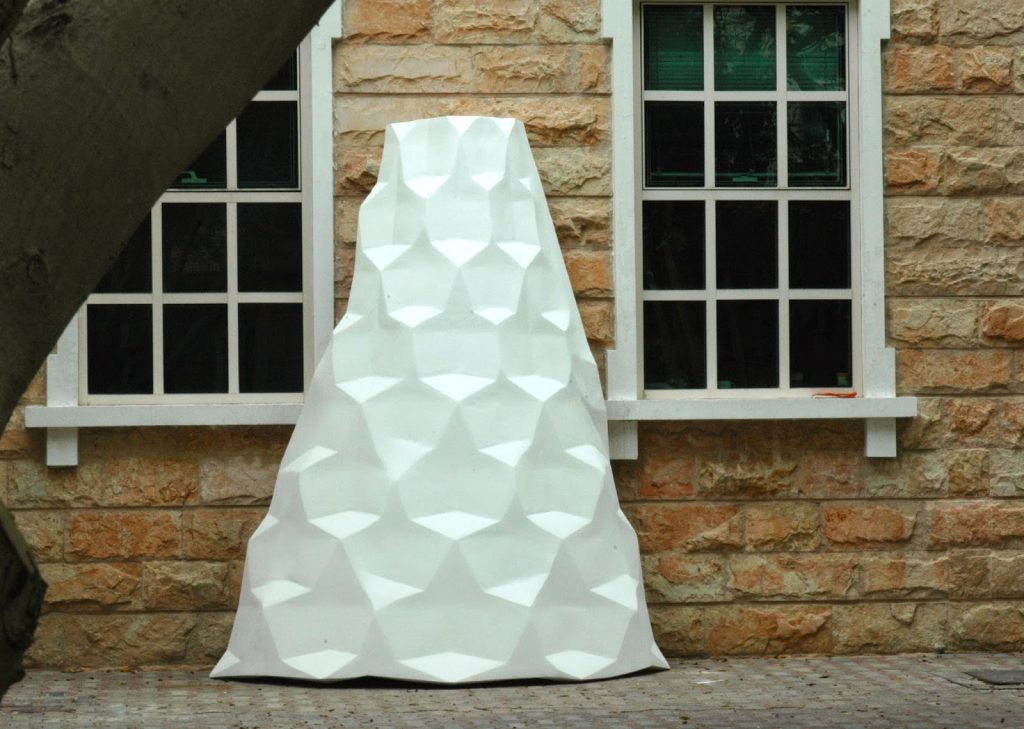 During our research we also made contact with  an archeologist who had previously worked with her, as “one of her boys” (he called himself) here in the Emirates. Returning soon to Ras Al Kheimeh where de Cardi did a lot of
the work that entirely changed the world view of the region in terms of
archeology, we plan to meet David Connolly, record alongside him and collect his memories.

Our approach to archeology is not one
of global politics and conflict, it is instead of a root fascination with archeology’s propensity to
overturn entrenched truths and canons of thought.

Archeology represents the possibility for the
immediacy of a once discarded, now revered, item to make the
first link between two
civilisations previously considered to be culturally and socially distinct
from one another. Archeology symbolises the impossibility of
the reality of the past in the mind of those living; how do the belief systems of
today reconcile themselves with dinosaurs, for example? Christians
Against Dinosaurs, for example, do not. Over the course of time, universally received truths have
been instantaneously proven wrong –  the flatness of the earth for example, the trade between ancient Egyptians and the vikings. In that
case, shouldn’t we question everything, accept multiple geo-historical
trajectories all at once, and be conditioned by nothing? 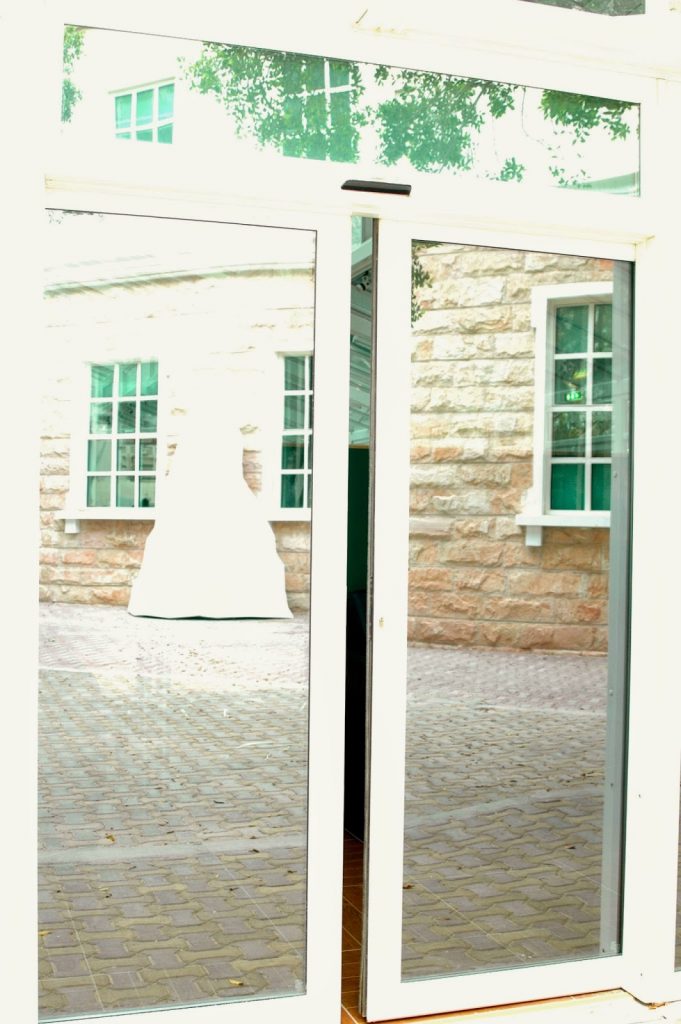 The sculptural aspect of our piece Variations for a Space and its History makes reference to unearthed
archeologies – a metaphorical parallel to unearthed truths – and to the geometry of
sound and architecture referenced in the geometric shapes of muqarnas which are found in mosques. The sculpture has been given a second life in the
architecture department of the American University of Dubai (pictured here). We turned the piece on its head, as if the world were upside down. The muqarnas traditionally uses shadow to highlight its own geometry, as it supports the cuppola of a mosque. Here is it lit in an entirely new way. Supported by the wall, it even seems to be supporting the floor, the bright daylight giving it a neon quality that suggests an alien, or hyper-real presence.

We became engaged with the geometry of the muqarnas as it denotes the link between philosophies and mathematics. The philosophy of multiplicity for example, derives from an analogy with Riemann’s description of the mathematical concept
of the same name. Our
thoughts were also aligned somewhat with Foucault’s criticism of
dogmatic structural readings of history and philosophy, in his book L’archéologie du savoir 1969. 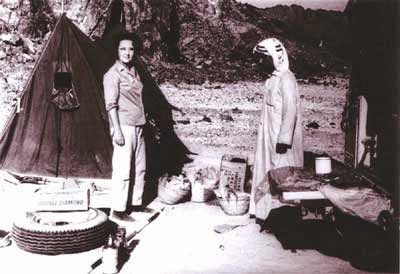 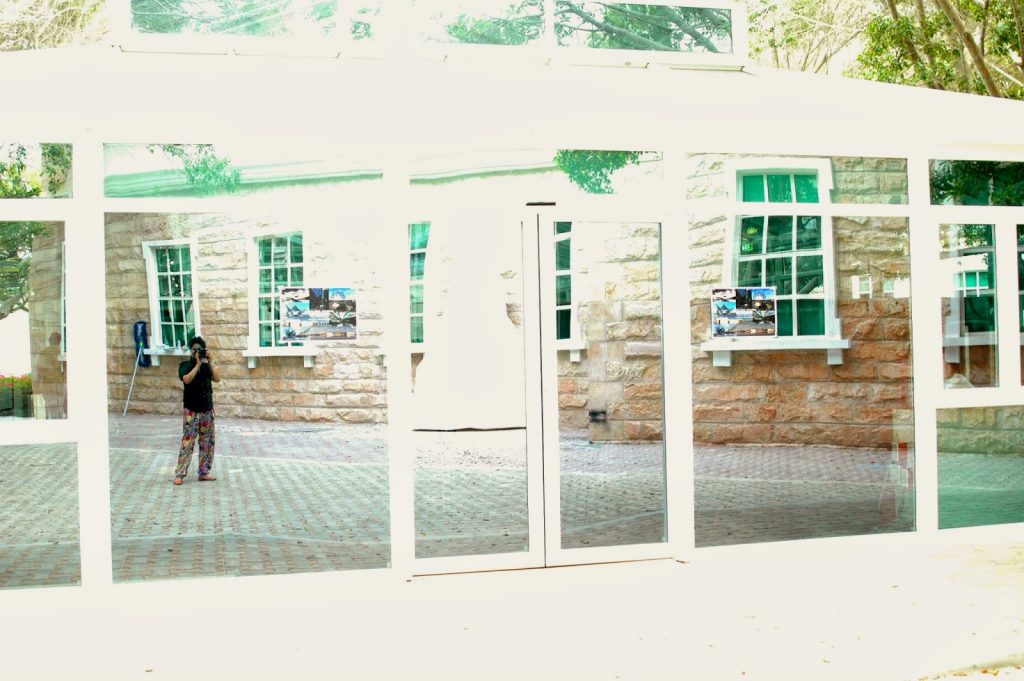 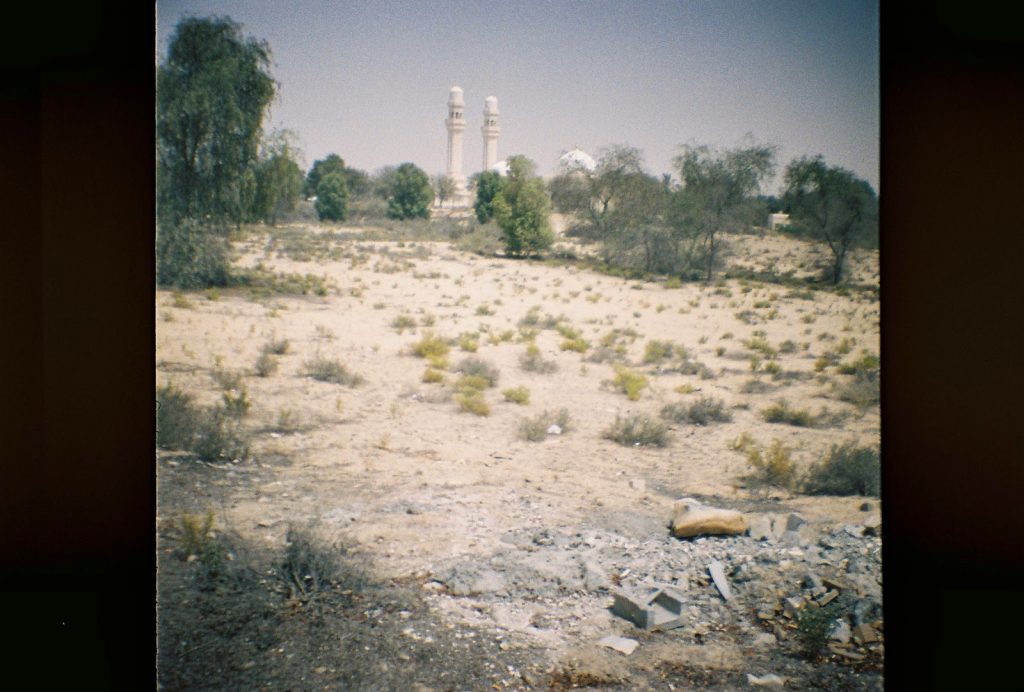 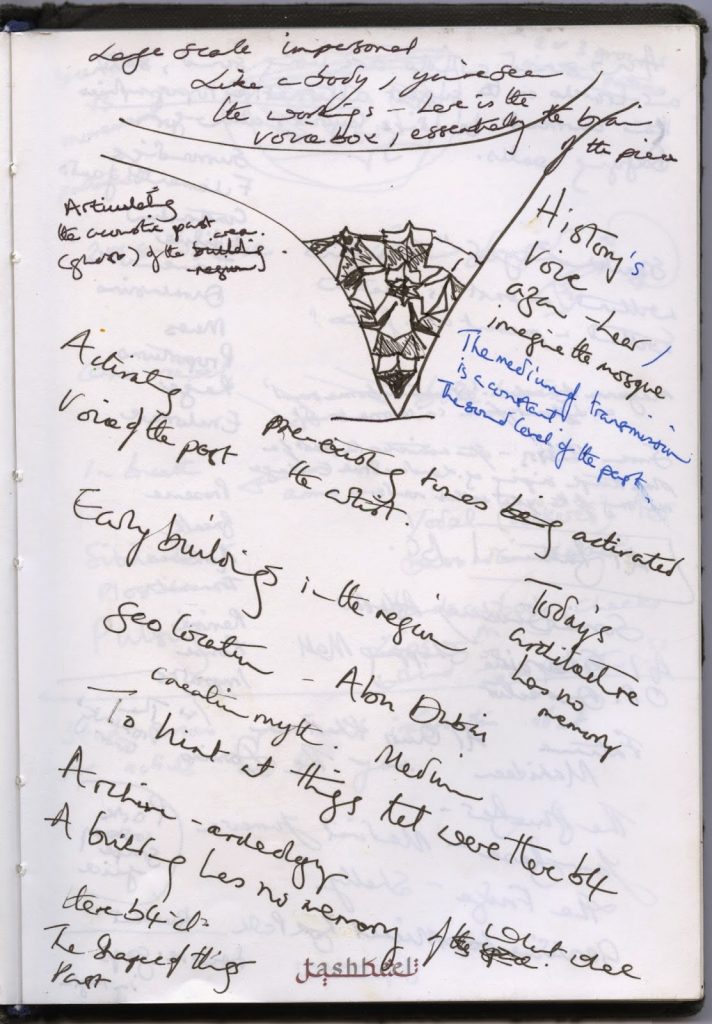 You can hear the tracks here on Bandcamp.